The latest project the Smith and Company team completed was at the First Presbyterian Church in McMinnville, Oregon. Our task was to prep and paint the walls and woodwork in the sanctuary. The walls were already in decent condition but some of the areas had suffered water damage. This needed to be addressed with scraping off the loose paint and applying a new texture. The woodwork, however, was in good condition altogether. Our team was given one week to complete the job and we were on it!

One of the biggest issues we ran into was the areas of the wall that suffered water damage. They had a faulty gutter system that had let the water get into the walls which then caused the interior paint to start bubbling. We addressed the issue by letting the walls dry and letting the gutters be repaired. Then, we scraped off the loose paint and applied texture.

Another challenge during the job was figuring out how to work around the church pews. We simply built some framing around them on which to set our ladders and temporarily removed some of the other pews. Once we put them back, everything looked great!

Take a look at some of the before, during and after photos of this local McMinnville church below! 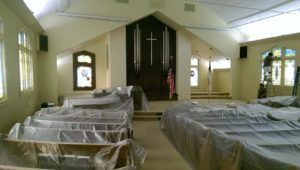 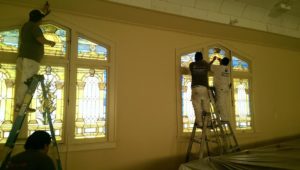 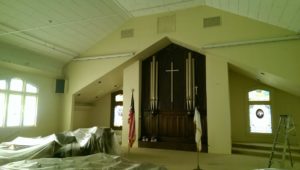 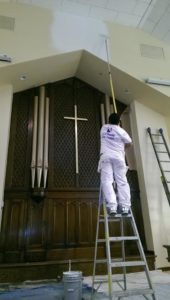 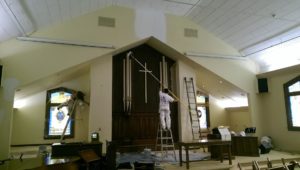 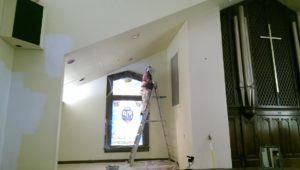 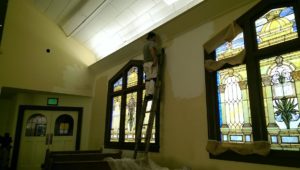 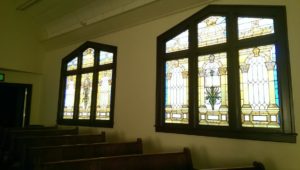 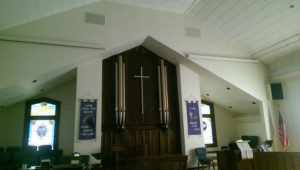